I wouldn’t be a true first-year Glendon fangirl if I didn’t dedicate a blog post to Glendon and its Autumn scenery… so this is the post that solidifies my “on a scale of 1-10, how much do you love Glendon” level of 100. It’s also somewhat of a continuation of my last post because I wanted to share why I chose Glendon as the institution that would help me reach my goals!

On another note, I wanted to take a moment to give a HUGE shout out to the participants of the “Glendon in the Fall” photo competition on SnapChat! As you probably all know by my silly selfies and snap stories, I took over Glendon’s campus account this week. We had a mini challenge going on where Glendonites had to send me their best shot of Glendon at Fall and the best one was said to be featured on my blog. Sooooooo, drum roll please……..******** CONGRATULATIONS to Noor Bandali, first-year Psychology iBA student, who won based on artsy-ness and an exquisite depiction of Fall colour (suddenly I’m a photo critic)!! But seriously, awesome shot! Take a look at this beauty: 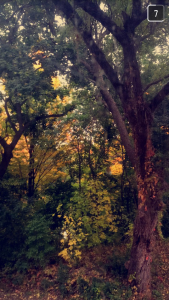 And this is was her hilarious reaction to the announcement: 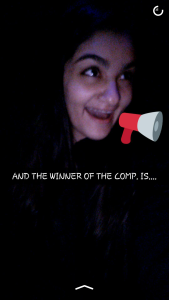 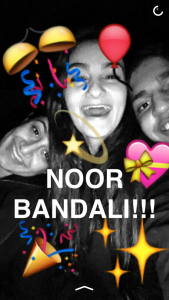 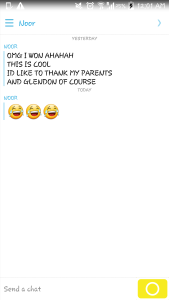 The judge panel of 3 people (myself & two friends LOL) want to send out BIG props to all SC users for their participation and FLYY photography skills. Grand mercii aux participants, you are all my Fall loving soulmates!

As for my personal Fall appreciation pictures, these are a couple I’ve been wanting to share, all taken on campus: 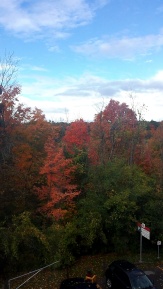 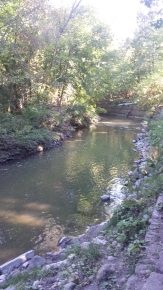 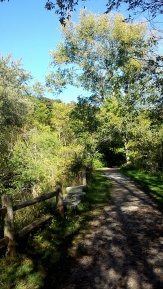 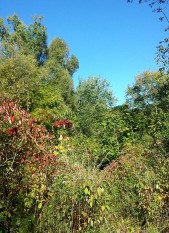 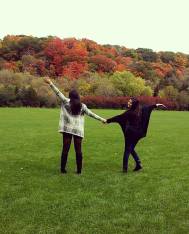 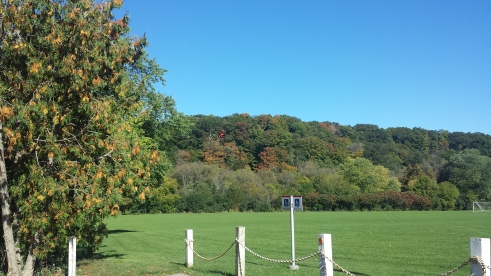 Now, I chose Glendon not just for its beauty and photogenic opportunities. I chose Glendon among many other universities because it’s different. And from what I know, it works. What I mean by that is that Glendon actually makes me look forward to go to school. These are the top reasons (5 Ps) that explain why I believe Glendon College will grant me an experience of a lifetime while also giving me that higher education I need for my plans for the future:

Because of the concentration on bilingualism at Glendon, I have a greater chance of bettering my skills in French. Being in an environment where bilingualism is a requirement would allow me to become a better learner by default. And, there’s always someone looking for ways to help others in language skills on campus, so that’s why I say pronunciation! My pronunciation in French will be significantly better after 6 years at Glendon than if I were to attend any other university in Toronto.

The Con. Ed. and French Studies program has been said to be one of their most popular and competitive programs for students who want to become teachers in the future. There’s a scarce number of universities that offer the Concurrent Education program in Ontario, and if they do they’re probably miles away or they don’t offer the program in French.

The number of people who attend Glendon is probably double my high school population, which is amazing. The fact that I have easier access to resources and better communication with my profs is one of the main reasons I chose Glendon. I once saw my friend’s snapchat of her 2000 student biology class… can you imagine trying to ask your professor a question? Glendon doesn’t even have a hall that fits more than 200 people.

The type of people you meet at Glendon are some of the most amazing human beings you’ll ever encounter in your lifetime. Everybody is incredibly compassionate, helpful, and accepting. The diversity that exists is so liberating! You can be yourself and you’re bound to find a twin on the way. I can honestly say I love everyone I’ve met at Glendon.

I knew I would gain a wider understanding of issues and different causes because of the people I  would meet and the opportunities I would have to be involved on campus. It’s only been 2 months into University, but I can already begin to see myself growing and becoming more open-minded. I love the new perspectives on life I’m gaining everyday, and I can’t wait to evolve throughout my time at Glendon.

Stay tuned for the later weeks to learn about an event I was brought to be part of by a good friend at Glendon, which taught me a life lesson!

View all posts by Amanda Tanner